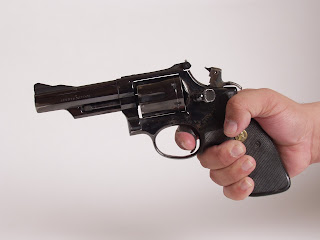 Which is worse Death or Redundancy?

The easy answer is death is usually quick and final. Redundancy can be just as traumatic but if not handled properly will develop into a long lingering sufferance for the person involved and their friends and family.

Restructuring, resizing, downsizing, takeovers, relocating, buyouts, mergers and liquidation. No matter what name they use for the cause the result is you have just lost your job. The decision to leave is taken out of yours hands and the situation is forced upon you. Since the early nineties so many credit people have been affected by this phenomena. From July 1999 to July 2001 596,400 employees were made redundant in Australia. 83% of those people made redundant obtained other jobs.

Credit professionals, on the whole, are dedicated to their work, loyal to their companies and take seriously the role as protector of the organisations life blood – cash flow! Perhaps that is the reason being made redundant takes such a toll. If you are a Credit Officer or young enough it is not generally hard to get another role but as you get older or have a more senior role, choices become more limited. I know it is not politically correct to state but it is a harsh reality.

As a recruiter, I expect any Credit professional that utilises my services to find them a role, to have been made redundant at least once. A growing number have been made redundant several times and it does not appear to get any easier to handle than it did the first time. I hate to see technically brilliant credit staff with their confidence shattered and obviously not coping with finding themselves in the market for a new job.

Part of the issue is that once having been made redundant people do not realise the enormous affect it has on them. It is often life changing and is hard to cope with as death of a loved one, divorce, ill health and separation. You go through many of the same emotions such as disbelief, disappointment, sadness, and anger. Without going through the grieving process redundant employees still carry a heavy load of bitterness and that alone can put future employers off hiring them or recruiters putting them up for suitable roles.

At one stage, jobs found successful credit staff but now they have to actively hunt for jobs. Those that get through the grieving cycle early or see their redundancies as a new opportunity and actually embrace the change find work quickly. It is easier said than done but it is people’s attitude to change that gets them through. For example, I know a Credit Manager who was made redundant three times. Using the same attributes in Credit he moved to the dark side and became a very successful sales representative, is highly marketable, and has never looked back. On the other extreme a credit professional was made redundant in the early nineties after many years of dedicated and loyal service and unfortunately never got over it. That individual has been unable to adjust back into a permanent credit or accounts role.

What employees may need after redundancy is not necessarily outplacement services but trauma counseling to teach them how to handle such a devastating change, and how to embrace change.
“Turbulence is life force. It is opportunity. Let’s love turbulence and use it for change.” – Ramsay Clark
After interviewing many credit staff that have gone through the trials of redundancy I would like to share several of the most common points mentioned as to how they coped especially in the early stages:

1. Never think you are the only one who has been through it. You are not on your own.

2. Reassess what you put in to a job, and a company then what you want out of it.

3. Review your balance of work and home life and create a career/life plan.

4. Talk to friends and family about how you feel.

5. If suffering from a severe lack of confidence or depression get professional help.

6. Assess what you really would like to do. Work out if you wish to stay in credit or are there other opportunities? Good credit people can do anything!

7. Find a Recruiter or Human Resources consultant who understands the affects of redundancy and who can assist you to adequately prepare for a successful job hunt.

Redundancy is a challenge that we will all face. sooner or later. Always remember that it is the employer’s loss and your open door to new and wonderful opportunities!

With over 35 years of experience specialising in sales, networking, business consulting, and leadership, Steve has built an outstanding reputation for his ability to influence and provide strategies that generate effective, win-win outcomes.

Sales – Are you a Fox or a Meerkat?