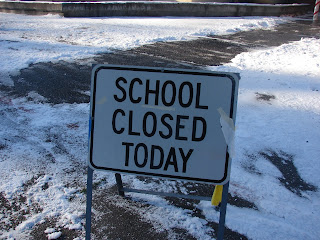 So who is my favourite teacher?

He is a man who lives the way he talks. He is one of my most positive and continuous role models I have had and though he now lives in another city he still strongly part of my everyday life!

Ced Freeman is a kind hearted fair dinkum genuine bloke. He is one of only remaining true gentlemen who would give his last dollar to help a stranger in need. Much of what he has taught me over the past twenty-two years has shaped who I am, what I have achieved and who I will become.

Ced is retired auto electrician, who took me under his wing when I first came to Australia. His “further education” was a wealth of straight forward, no bullshit, common sense, which he actively imparted to me. He has a heart as big as an elephant and would help anyone whether it was family, a friend, or a total stranger.

He taught me to fight with words and not my fists. He taught me how to avoid trouble, most of the time. (I did not always listen) When I got into trouble he was always there, never judging, never putting me down. Most of all he showed me that he cares – as much as an old bugger can show that sort of thing.

I was 27 years old when I started University and Ced supported me financially and emotionally. At times when were both broke he could come up with another original way to eat rice and when we had money we lived like kings. If we had written a book it would have been called a “1001 ways to eat rice for Uni Students and Pensioners”.

When things went bad he could always see the positive side of the situation. “ Things happen for a reason” and “What goes around comes around” Ced demonstrated by the way he lives that you can be a real man without being aggressive and yet still constantly be true to yourself. I leaned what was worth fighting for and what you let go. He taught me that I was worth something and he taught me I could achieve anything I set my mind to. He taught me to believe in myself.

He still thinks if an honest politician can make it in to Parliament that I will be Prime Minister one day. Maybe I will be. He is my oldest mate and that is not just because he is in his seventies.

With over 35 years of experience specialising in sales, networking, business consulting, and leadership, Steve has built an outstanding reputation for his ability to influence and provide strategies that generate effective, win-win outcomes.

Sales – Are you a Fox or a Meerkat?